In the current year’s budget, while the current finance minister Arun Jaitley did not name Premji, many corporate promoters will be hit by the 10% additional tax on dividends beyond Rs.10 lakh in a financial year that has been imposed. 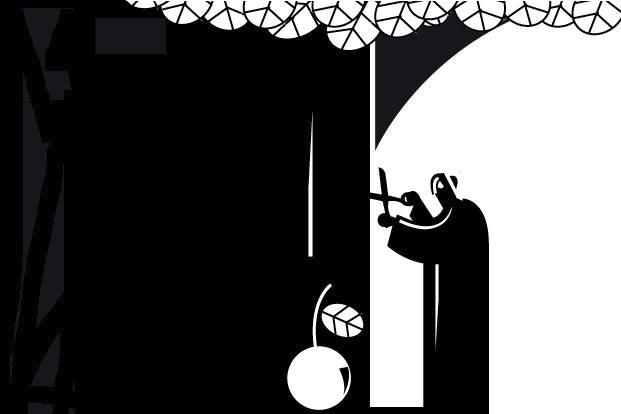 Azim Premji is a well known corporate leader and a person rated as the top philanthropist of 2015. Indeed he is such an inspiration that the previous finance minister P. Chidambaram said in his budget speech in February 2013: “I believe there is a little bit of the spirit of Mr. Azim Premji in every affluent tax payer. I am confident that when I ask the relatively prosperous to bear a small burden for one year, just one year, they will do so cheerfully.” The minister said this while imposing a tax surcharge on wealthy investors. Also, the surcharge that was supposed to be for “one year, just one year” has become a permanent feature of our tax structure.

In the current year’s budget, while the current finance minister Arun Jaitley did not name Premji, many corporate promoters will be hit by the 10% additional tax on dividends beyond Rs.10 lakh in a financial year that has been imposed. The argument for this tax has been that a flat rate of dividend distribution taxation is unfair as the poor and the rich pay the same rate of tax. Hence, those getting a high amount of dividends should pay a higher amount of tax. The additional tax of 10% takes the total tax rate (20% dividend distribution tax + 10% additional tax) to 30%.

In fact, dividend distribution tax had a debut at 12.5%, when it eliminated individual tax on dividends. At that time, it was revenue accretive (i.e., the 12.5% tax on all dividends was more than what would have been collected as per slab rates). This rate crept up to 15%, then 20% and now an additional 10%. The argument in favour of the additional tax on dividends is flawed on two counts.

One, if higher earners are being asked to pay more, what about the low earners? People earning less than the taxable limit or people in the 10% tax bracket do not get any refund on the 20% tax that the company pays as dividend distribution tax.

Two, in any case, tax has been paid by the company on its profits. Any tax on dividend amounts to double (and now triple) taxation.

Let us examine the second point in detail. A high earner, say, a sportsperson such as Virat Kohli or a surgeon such as Dr. Sudhansu Bhattacharya or a film actor such as Shah Rukh Khan would pay about 34.6% income tax (after including all kinds of surcharges).

Businesses and professions that are structured as sole proprietorships, partnerships or limited liability partnerships (LLPs) would also pay a similar level of taxes.

However, for the same level of income, if the business is structured as a company, it would pay a 34.6% corporate tax (including surcharges) on income, 2% corporate social responsibility spend (compulsory), 20% dividend distribution tax on distributed profits and 10% additional tax on the promoters and other large individual shareholders.

In India there is such disdain for the corporate structure that even vehicle registration fee is different for individual buyers and for corporate buyers in many states. The same approach applies to many such charges by the government.

All of these taxes total up to quite a bit and this will have unintended consequences which may not have been thought through.

Businesses will avoid the corporate structure and will try and use alternatives like sole proprietorship, partnerships, and LLPs as far as possible.

Large businesses that need public money will avoid paying dividends (because of which minority shareholders will suffer) and will instead use the money for share buybacks, acquisitions or diversification (which may not be the best way to allocate capital).

In the stock markets, a lot of perennial favourites, such as multi-national FMCG companies, which pay high dividends, will lose out to companies that continuously have capex requirements and do not pay a lot by way of dividends.

In March 2016, we saw many companies paying interim dividends in order to beat the additional 10% tax on dividends in the hands of promoters. In April 2016, Wipro announced a Rs.2,500 crore share buyback wherein the promoters will also participate. We could see more listed companies adopting the buyback route to save on taxes.

This route, however, is not available to unlisted companies.

Hence, the total revenue for the government will not increase much but overall dividends paid in the system will shrink and also lead to higher promoter compensation and bad capital allocation.

Siphoning out money from companies will start in the form of over-invoicing expenses and under-invoicing incomes.

There is a limit to the amount of taxes that companies and promoters would pay to the government. We may see a lot of unintended consequences.