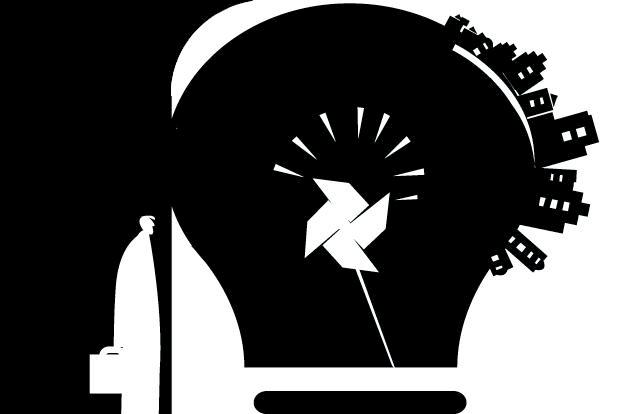 One swallow does not make a summer. However, is the recent tariff of ₹ 4.63 per unit of solar generated electricity determined by a reverse auction mechanism, a canary in the coal mine of thermal power? There are changes happening in the world of finance, technology, energy and transportation that could have seismic changes for a wide range of companies, sectors and countries.

A distinguishing feature of most renewable forms of energy and a low pollution non-renewable one (nuclear) is that these are characterised by low variable costs and most of the cost per unit of power is that of the fixed costs of depreciation and interest costs of the capital. Think of sources like wind energy and solar power. There is little operating cost and bulk of the cost of producing power is incurred upfront. In such a scenario, if the cost of capital (interest costs) can be brought down, what remains is the capital cost of the equipment to be depreciated over the lifetime of the asset.

We live in a world where interest rates are extremely low in most developed countries. At the same time, there is a lot of awareness about the harmful environmental effects of burning fossil fuels. This, coupled with the fact that technology in the renewables space is improving rapidly, seems to be creating a perfect storm in many industries associated with energy and transportation. Apart from the first order impact, if we look at second and third effects, the world could be a different place in about a decade or two.

Oil, gas and coal as sources of energy may not go away, but could lose the prime importance that they have today. Just a few years ago, renewables were seen as a fad propped up by subsidies and some deft lobbying by the greens. However, these sources are increasingly becoming mainstream and are threatening the tariffs of not just expensive sources such as gas-based power but even power generated by burning coal. This can have implications for turbine manufacturers, grid operators as well as distribution companies.

Resource rich countries may see imbalances in budgets and may even see social unrest where there are dictatorial regimes. Sovereign wealth funds, which have been a huge source of capital for many, may need to run down investments for consumption at home.

Energy importing countries like India could benefit from these changes. The remittance economy may weaken as a source of employment and foreign exchange as some of the oil-rich countries may start curbing intake of migrant workers.

Dependence on electricity grid could weaken over time as more industries and consumers start generating a part of their energy consumption. In the US, there are already offerings where the consumer does not have to pay anything upfront and the rooftop solar panels at the consumer’s home are installed and owned by a third-party. The consumer just has to pay every month like she would to a utility company. Only difference being that there is a saving of between 5% and 25% of the current electricity cost. Also, there is a guarantee thrown in that electricity costs will not go up for 20 years.

The grid will have to change in order to accept electricity generated by such variable sources as wind and solar. The downside to renewable energy is that it is created at a time determined by natural conditions. The generating companies will have to be flexible in generating on-demand power since the dependence on traditional sources of power will be erratic through the day.

And with improvements in battery technology, we could see increasing adoption of electric cars. The automobile industry could go through turmoil as newer entities enter the electric car or hybrid space. We are already seeing signs of this with companies announcing or working on plans to change the industry. Many existing companies will adapt or partner with the new entrants while some of the slow moving entities may exit.

While supply-side inflation has many causes (including errant monsoons, and consequently food prices), a primary cause in a country like India has been energy or oil price. If the trend of the recently concluded solar power reverse auction continues, energy-led inflation may be a thing of the past.