Learning from government, and gold

When investors are not able to evaluate investments in a transparent and predictable manner, they tend to stay away 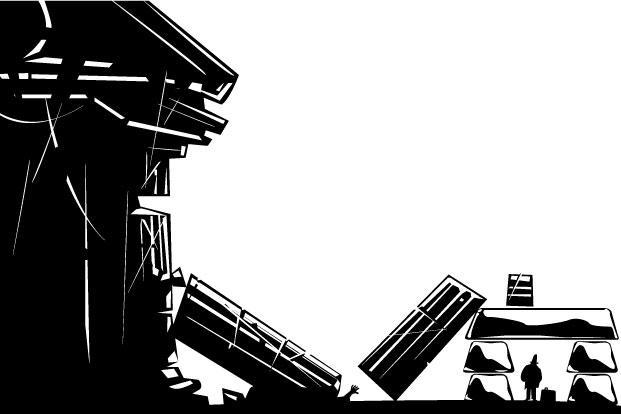 Late in 2008, Kyle Bass, an American hedge fund manager who predicted that countries like Greece would get into trouble, recommended author Michael Lewis to buy guns and gold. He further said that it is physical gold that must be bought and not gold futures. Contrast this to what Charlie Munger, vice-chairman of Berkshire Hathaway Inc., said, “Civilised people do not buy gold.” This is the same advice your neighbourhood financial planner might give. There is ample evidence that assets such as equities have done better than gold over the decades. So what explains the enduring allure of gold for Indians?

One simply has to look at what happened to Greek depositors to get the answer. Greek depositors were, recently, restricted from withdrawing more than €60 per day. And they could not remit funds. But, at the same time, if a Greek had physical gold, she could have put the same in a bag and taken a train out of the country.

Any financial asset or paper certificate backed by real assets can be taxed, devalued or appropriated by the government. For many, physical gold is simply insurance against this. (And it is for this reason that I am not too hopeful of the success of the gold deposit scheme of the government.) At the end of the day, it is not the promised returns that affect investor behaviour. It is the broad framework of the financial system and fiscal policies that enable investors to move away from the comfort of physical assets. This shift is an act of trust and that trust has to be earned.

If we look at the history of government policies as regards to taxation, fiscal policies, accounting and disclosure, and investor returns, a lot of things need to change to inspire confidence among investors. Here are a few takeaways from Greece:

Clean accounting: Whether it is the government’s gross domestic product numbers or banks’ non-performing assets or foreign exchange losses by companies in 2008 and 2009, allowing fudging of numbers does not make things better.

Keep your promises: Promises come easy to the government. However, when it is time to keep the promises, many a times it chooses to break them. Whether it is the forced redemption of Sardar Sarovar Bonds, attempted reduction in tariffs given to existing solar power projects or exemption from toll on roads, there are a lot of shocks to investors that come out of the blue.

Make users pay: Margaret Thatcher once said, “The problem with socialism is that eventually you run out of other people’s money.” Unless the government can charge a fair amount to users, it will be difficult to fund projects. Investors will not bite if their past investments have failed to deliver returns. For instance, the suburban rail fare in Mumbai is Rs.10 for a 25-km route, whereas even bus fare would cost Rs.25-30. The Maharashtra government wanted to keep fares of the new metro services at rates close to those of the British era rail network. We will continue complaining about the lack of infrastructure unless we are ready to pay a fair user charge.

Excess employment in the public sector is the wrong way of creating employment: Recently, the Wall Street Journal had an article on HMT Ltd, a state-owned manufacturer. Though the watch making unit does not make watches any more, it still has employees and even has a showroom (sans electricity). Whether it is HMT, Air India Ltd, Mahanagar Telephone Nigam Ltd or Bharat Sanchar Nigam Ltd, there are many units that need restructuring or closure. Investing provident fund money in public sector undertakings may not be a great idea considering the way in which they are run.

Can’t change the rules in the middle of the game: Whether it is minimum alternate tax on capital gains by foreign investors or tax on fixed maturity plans of mutual funds by domestic investors, no one likes uncertainty and changing rules after the investments have been made amounts to cheating.

Zombie banks cannot fund economic growth: Banks need to be in good health to fund investment plans of businesses and consumers. A banking system hobbled by past losses or continued interference cannot be the engine of economic growth.

Frequent changes in contract terms, taxation and regulatory policies give rise to charges of crony capitalism: When investors are not able to evaluate investments in a transparent and predictable manner, they tend to stay away.

Rule of law and bankruptcy: Investors need assurance that they can legally enforce rights in a time bound manner. Further, if a business fails, both debt and equity owners need surety that the courts will dispose off the assets and a fair and equitable pay-out will happen. Investors would also like to see fraudsters and wilful defaulters convicted and punished. Instances like Satyam, where the cases linger for years, are not helpful.

I have had many conversations with investors who buy gold or employees who do not want their provident fund money to be invested in equities. All the arguments about relative returns and inflation fail to cut ice. I have come to a conclusion that it is more because of lack of trust in the government and the financial system rather than anything else.