Journey towards wealth creation will not be a smooth one always 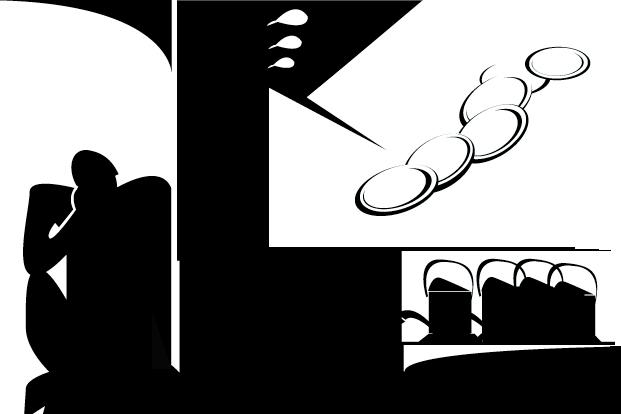 Crude oil prices have come down to around $50 a barrel, after coming close to $150 at peak levels. Shipping rates, according to some indices of shipping freight, are down by 80% from peak. Whether it is iron ore, steel, copper, coal, gold or virtually every other commodity, the steep fall in prices is quite evident.

Conventional logic would say this is great for countries such as India, which import a lot of commodities (especially energy and gold) and that our import bill and inflation, among other things, should be in check. Government subsidies should go down and so on. On the other hand, this steep fall in commodity prices should be adverse for counties such as Russia, which depend heavily on commodity exports.

We have seen this trend play out in the stock markets, where, in rupee terms, the National Stock Exchange’s Nifty is up nearly 12% in a year, whereas MICEX, the Russian index, would be down by about 28%. However, what does the cycle say about the future?

When we drill down the impact of a down-cycle on individual companies and sectors, things become really interesting. For primary producers of commodities, the profits will see an adverse impact, irrespective of the country of operations. So, if a company is an oil producer or an iron ore miner, profits would be down if the selling price of the end product is down.

Big swings in prices also mean that many participants get caught off guard. We have seen many examples where companies such as Petronet LNG signed long-term liquefied natural gas (LNG) contracts with suppliers, while end-consumers despite having ‘take or pay’ commitments with the company, have reneged in many cases, given the unviable nature of the agreement as spot LNG prices have crashed.

In the case of commercial consumers of the commodities, they benefit from a down-turn only if they have pricing power. If they have to pass on the fall in prices, they may not benefit from a fall in commodity prices. In fact, it may hurt them.

There are some companies that have pricing and brand power. In theory these can hold on to their prices and benefit from higher margins. These would be companies in, say, the fast-moving consumer goods (FMCG) space. But this space has seen anaemic volume growth and companies have been desperate, with many resorting to price cuts. In any case, valuations here are stratospheric.

When we look at other sectors, the story is similar. Real estate as a sector has not seen a huge price correction but inventory has build up while sales have plummeted. In the power sector, distribution companies are bust and not in a position to purchase power, except at very low prices. Hence, we have a situation where generating plants are idle for want of off-take from distributors. Even a low cost thermal power producer like NTPC Ltd has faced difficulty in finding buyers for its power.

The financial sector is hobbled with huge loans to commodity sector, infrastructure participants, state electricity boards, and so on. The non-performing asset (NPA) problem is huge by any measure and will not go away in a hurry. Given the difficulties of various sectors, the capital expenditure (capex) cycle is down and hardly any fresh investments are being made. All efforts are towards sorting out the problems of the previous capex cycle.

Unmindful of the somewhat gloomy scenario on the ground, equity markets in India have been quite resilient. Given the easy liquidity situation, investors are looking for any plausible story to invest in. Especially in the small- and mid-cap space, it is not unusual to see big upward movements in a matter of days. Some of these are stories where there is genuine investor optimism while others are akin to pump and dump operations by interested parties. Today we have a situation that valuations in many of these smaller companies are higher than those of larger established businesses.

There is no doubting the long- term potential of the Indian economy and the promise of stock markets as a means to compounding wealth. Indeed, we have seen that investments in productive investments such as equities have trumped alternatives including real estate, bank deposits and gold.

However, the journey towards wealth creation will not be a smooth one always and there will be bumps along the way.

Charlie Munger, vice-chairman, Berkshire Hathaway Corp., said, “The secret to happiness is to lower expectations”. Investors will be doing themselves a favour by lowering expectations for future returns from equities in the near term.