Flip side of very high profitability

How does an investor find a business with great profitability and a sustainable business model? 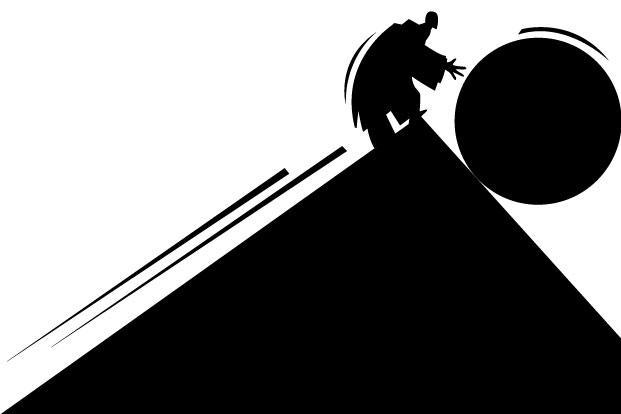 Investors love high profitability, especially if it is accompanied by high sales growth. It does wonders to the profits and correspondingly to the share price of the company.

So what’s there to not like about high profitability? Let’s go behind the scenes to check out the reasons for stellar profitability, and to avoid what’s called sudden death.

Sudden death is a situation where, after many years of high growth in profits accompanied by increase in valuation multiples, one sees a decline in profitability and a contraction in valuation. This causes a minor collapse in share prices, and major grief to investors.

High profitability can have multiple reasons. A company may be a monopoly supplier, or may have some technology or patents, it may have a strong brand with loyal customers, or it may have a strong distribution network. It could also be that there is temporary shortage of the products that the company sells.

This implies that not all profit growth is sustainable and, logically, an unsustainable growth should not get high valuations. In some cases, it is easy to spot; typically with commodity cycle-led profit growth. Here the high profitability is a result of a surge in demand, which is not met easily in the short run as supply requires lead time to catch up. Over a period of time, as the supply catches up, the profitability comes down.

It is, however, difficult to identify unsustainable profits in franchise businesses with entry barriers in the consumer space. In the consumer space, after a product gains acceptance, there is a temptation to make the product premium. This can often be done by making small improvements to the product, calling it ‘new and improved’ and then hiking its price. Sometimes, this may also be accompanied by reduction in the advertising and promotional spend. This formula has been applied in many sectors. In the technology space, it takes the form of annual upgrades in devices or software, which add marginal benefits in terms of usability. All this results in a sharp spike in profitability.

Companies and brands that underestimate the intelligence of the consumer do so at their own peril. Just because the consumer tolerates the price hikes or continues to buy the company’s products does not mean that she is happy about it or does not realize that she is being misled.

Usurious profits attract the envy of competitors, displeasure of consumers and the ire of regulators. An attack could come from any of these directions, and an investor in such companies should be alert to economics of the business changing suddenly. An example of such an event would be the celebrated Nirma moment for Hindustan Unilever Ltd, where a small company out of nowhere launched a low priced detergent (at almost one-third the price of the product available in the market) and started gaining market share.

There are numerous such examples—consumers using refilled printer cartridges for, say, HP; generic or alternate brand coffee beans for Nespresso; alternate software in the case of Microsoft; substitution of brand name drugs with generics, and so on.

Economics says that a monopolist (and a dominant player) can control the price or the volume, but not both. This may hold true in the short run. But in the longer run, consumers keep looking for alternatives and competitors keep trying to give consumers choice. In some markets, this happens fast while in others it takes a lot of time. But what’s certain is that in such usurious monopoly profits are vulnerable.

So how does an investor go about finding a business with great profitability and a sustainable business model? Such a business would be one where the consumer does not feel that she is being taken for a ride. The profit margin on each unit would be very small (in some cases, the absolute price charged). However, due to the sheer volume of the product or service being sold, it still makes a lot of profit. Apart from these, the switching costs for consumers should be high so that there is no incentive for them to try out a competitor. In such a scenario, the competitor will be forced to lose money for a long period in the absence of critical sales volume. It is due to these factors that retail businesses such as Costco Wholesale Corp. and Wal-Mart Stores Inc., stock exchanges such as National Stock Exchange, payment processors such as Visa and Mastercard have become such formidable names that competitors find it difficult to dislodge them from their perch.

Investors will be able to sleep well with their money invested in companies where the consumers are not pinched. If the consumers do not feel taken advantage of, there is unlikely to be an exodus at the first available opportunity. Even such companies can generate high returns on capital and can be great wealth creators without the risk of sudden death.