Union budget scheduled to be announced on 28 February and this is the right time to prepare a wish list. Jayant Pai of PPFAS mutual fund lists what he expects from the budget. 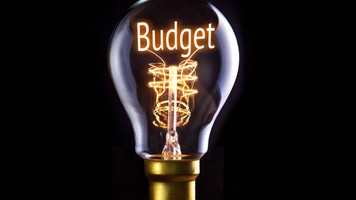 Two dates in February are eagerly awaited by two  different sets of constituents. While February 14 sets one group's heart beating, it is February 28 that quickens the pulses of the other set, viz. stock market participants.

Unbridled expectations are preceding this year's union budget. Buttressing them are a seemingly divine confluence of lower oil / commodity prices, falling inflation, a relatively robust currency and an interest rate cycle which has turned down. Everyone believes that this has reduced the pressure on the fisc. and increased the headroom for an expansionary budget, without outsized increases in indirect levies and, perhaps, a few giveaways on the direct tax front. The Hon'able Finance Minister, while keeping his cards close to his chest, is also not making any concerted attempt  to tone down the rising tide of expectation.

The recent sophistry displayed in bumping up GDP growth by changing the base year is an indication that optical growth is a key focus area. Against such a backdrop, it is quite likely that the budget will be pro-growth. This should keep the stock-market buoyant, which in turn will suit a Government with a burgeoning PSU disinvestment calendar.

Everyone has their own prognostications and wish-lists.  As for me, rather than merely hoping for a raise in the exemption limit or an uptick in the ceiling for Section 80C, I am hoping that the foundation for certain far-reaching changes is laid on February 28 :

Announcement of a concrete time-line for the implementation of the Direct Tax Code :

This has been hanging fire for the past few years. Any progress on this front (even though final form will surely be quite different from that envisaged five odd years ago) will help in providing stability and reduce the scope for periodic tinkering.

Cost inflation index numbers could be used for this purpose. This will obviate arbitrary hikes in these limits which happen currently.

This will not only provide flexibility to assessees to tailor their spend, but also encourage them to spend on accident and home insurance, which, though important, fall below the radar, merely because they do not confer any tax benefit.

Today, online filing of income tax returns is gaining currency. This has encouraged a new breed of do-it-yourself taxpayers, thereby freeing themselves from the clutches of income-tax consultants who were nothing but paper-pushers in disguise.

However, the post-filing process could be friendlier. Assessees are still at sea, when it comes to responding to queries raised by the Income Tax Department (often, many months after filing the return). It would help if there is a new breed of 'Tax Query Respondents' on the line of 'Tax Preparers' whom assessees can contact and get guidance on the correct procedure for responding to queries.

I also hope we DO NOT come across the following announcements :

There have been enough studies to show that the cost of collection often exceeds the revenue garnered. Hence, I hope that better sense prevails.

I hope the booming stock-market does not tempt the Finance Minister, even though I agree this is an anomaly, and that India is a global outlier in this regard.

It is vital that this regime remains for the next few years at least, in order to induce Indian investors to re-balance their portfolios. Placing equities on par with debt investments / gold / real estate for the purpose of taxation, will only reduce the incentive to migrate from these assets to equities.

Besides, the current mode of tax collection through the Securities Transaction Tax (STT) is relatively easy and cost-efficient as compared to collecting Capital Gains Tax.

Introduction of any new cess :

I hope the impending 'Swachh Bharat Abhiyan' cess on telecom spectrum is not a harbinger of more to come.  A proliferation of such levies only serve to burden the consumer. Also, there is no compelling evidence that such levies serve their intended purpose.

The countdown to February 28 has begun in earnest. Those seeking some entertainment till then, could perhaps look to the upcoming ICC Cricket World Cup, beginning on Valentine's Day.