Budget 2016: Why you should look beyond tax when picking a pension fund

Article by Rajeev Thakkar in The Economic Times, March 7, 2016 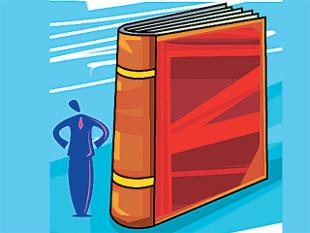 The uproar over increasing the age limit for withdrawal of PFs to 58 years is not justified. Withdrawal should only be allowed at retirement.

Post-Budget, Finance Ministry officials have been tying themselves up in knots trying to explain what the taxation parity should be between EPF, NPS, superannuation and so on. As Winston Churchill once said, "Never let a good crisis go to waste", so we should use the current situation to look at retirement funds holistically, rather than just through the prism of taxation. The following aspects need to be examined, keeping in mind the systems in place in Organisation for Economic Co-operation and Development (OECD) nations.

Employees earning less than Rs 15,000 pm are compulsorily covered by the EPF. It is optional for higher paid employees, at least in theory. Most developed countries seek universal coverage for pensions and retirement funds and are trying to nudge people in that direction. Since we already have a framework in place, we should not move away from compulsory savings. We could even raise the exemption limit from Rs 15,000 to Rs 50,000 as even high earners are prone to messing up their finances.

In India, the employee contributes 12% of his salary and the employer contributes another 12% towards EPF. Then there is gratuity. This adds up to more than 24% of the employee's salary. We are up there with Finland (24.8%) and Switzerland (26.6%) in terms of contribution rates for retirement. The proposed cap of Rs 1.5 lakh on employer contribution is ill advised. A retirement scheme provides continuity of lifestyle in retirement and this can only be achieved if savings are in proportion to earnings.

To discourage early or partial withdrawal, we need other benefits even if it means reducing the contribution rate—say from 24% to 20%. Health insurance, life insurance, low cost education loans and mortgage finance from the other 4% would keep the retirement funds sacrosanct. It is considered prudent the world over to stop or restrict premature withdrawals. For those losing jobs, we need social security or unemployment allowance rules.

The uproar over increasing the age limit for withdrawal of pension funds to 58 years is not justified. Withdrawal should only be allowed at retirement, the age for which is 58 or 60 in India. As life expectancy increases, the retirement age needs to be increased as well, as otherwise people will run out of money in later years. In OECD countries, the average retirement age is 64.7 years.

Another point of discussion is the attempt to nudge employees towards buying annuities. The trend towards annuities is a worldwide phenomenon and lump sum withdrawal on retirement is limited or restricted in most countries. However, at present, the choice for annuity service providers is limited.

If the employee chooses an annuity, a large part of the taxation problem is solved. Since the employee is not getting the annuity in one year and the receipts will be over many years, the advantage of slabs under income tax can be availed of.

There are a number of organisations trying to attract retirement savings. EPFO, superannuation funds, NPS under PFRDA, insurance companies and mutual funds are instances. The government should allow the same structure and benefits to all regulated entities to promote competition and allow the saver adequate choice.