Budget is increasingly becoming a document of interest to policy wonks 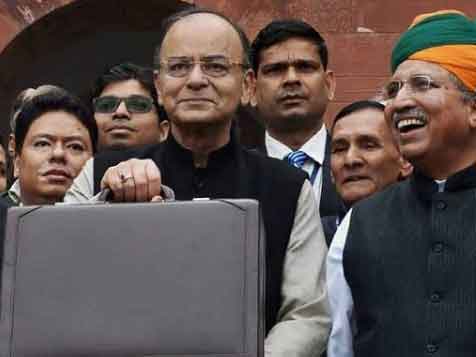 February’s second most important event (after Valentine’s Day!) inspires the customary frenzy amongst the ranks of media mavens, financial gurus…and ultimately, you and me. This, despite the usual moans among the intellectuals that the Union Budget has lost its raison d’etre for the general public and is increasingly becoming a document merely of interest to policy wonks.

So what’s in store this year? Well…I wish I knew! But considering my guess can be as good as anyone else’s, here it is:

I do not want to say that nothing can destroy life on earth. Maybe there is some asteroid heading our way or maybe a nuclear war will wipe us out. All I am saying is that there is no reliable way of predicting if and when this will happen.

Equity bulls have been dreading this prospect for the past couple of years. Though they have been spared the axe on those occasions, it seems very likely that this is the year of reckoning.

However, while the prospect is likely, the impact is not clear. The holding period, the percentage of tax and any impending change in the definition of equity / equity mutual funds will be the points to watch out for. Despite this, if against all odds, this year too results in no imposition…then bulls can breathe easy for one more year. Of course, the worst nightmare will be: Imposition of LTCG without jettisoning the Securities Transaction Tax (STT).

Salaried taxpayers will get some relief

This could be in the form of re-introduction of Standard Deduction or tinkering with certain reliefs for House Rent Allowance, Medical Bills etc. However, such hopes have been belied in recent times…hence any change on this front is more hope than conviction.

This may be likely…Say the tax-exempt income limit raised from Rs. 2.50 lakhs to 3 lakhs. The income tax slabs / surcharges too may undergo some re-alignment or rationalisation. While this is good for some, constant changes every year are against the spirit of stability that indirect tax reforms like the Goods & Services Tax (GST) seek to espouse.

While 80C is the section that is most avidly followed (and one where there is a strong likelihood of the limit being raised from Rs. 1.50 lakhs), other sub-sections such as 80D (Medical Insurance), 80E (Education Loan) and 80CCD (New Pension Scheme) may also see some sops being given. All these should bring some smiles to the lips of middle-class voters.

Some radical (though admittedly far-fetched) changes may occur.

These include:
Linking the income tax slabs to inflation. This will lead to doing away with the annual guesswork exercise that everyone indulges in.

While such politically difficult proposals may never see the light of day, given the Government’s enduring popularity among the masses, a General Election over a year away and the salutary impact of these changes on the fiscal deficit this year might be better than most, to set the cat among the pigeons.

The stock market has been extraordinarily buoyant in the lead-up to this year’s Budget. Let us hope that February 2 will not be a day when the bulls come to terms with a hangover.